“How can I purify water” is a pretty common question. While the question may be simple, the answer isn’t. You can Google the question and see there are over 23 million answers. How to purify water is a complex question. In order to know how to purify water, you’ve got to decide what it is in the water that you want to get out. Since most water purification is about creating water that is safe to drink, let’s start with a look at the broad categories of drinking water contamination. 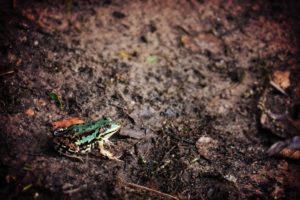 “I’d love a glass of mud”, said no one ever. When we drink water, we expect it to be clear and not cloudy. We want it to be free of silt, sand, and mud. When water comes out of the ground, it brings the ground along for the ride. In addition, small particles of toxic metals (such as lead and chromium) make water unsafe to drink. These particles can be so small you can’t see them with a naked eye. However, when you allow the water to settle for a few hours, the particles will precipitate and fall out of suspension. A thin (or thick) layer of sediment will be visible in the bottom of the container. Because you don’t know what’s in the sediment, you don’t want to drink water with sediment in it. Your drinking water should have to hydrogen ions and an oxygen ion. That’s it. No sediment allowed. 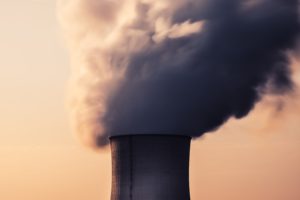 Because most of our drinking water comes from ground sources, it is highly susceptible to contamination from chemical runoff. Chemical contamination is far more serious than just run-off from farmer’s fertilizers and insecticides. Most municipal sewage treatment plants cannot handle removal of medicines and other chemical contaminants from waste water. These chemicals are processed through our bodies, excreted, sent to the sewage treatment plant, and then dumped into the drinking water supply. Some chemotherapy drugs and radio-immunotherapy drugs like Bexxar are so toxic, patients are instructed to flush the toilet 2 or 3 times and not share a bathroom with others. Then there’s inorganics that water picks up as it moves through the earth. These are the calcium and magnesium salts that cause hard water stains and build-up. Not only can these inorganic salts build up in the pipes in your house, they can build up in the pipes in your body and your kidneys.

These are the nasty parasites, bacteria, cysts, and viruses that can make you very ill. They can come from contamination with animal or human waste or with soil containing protozoa or parasites. Unfortunately, most water from streams, lakes and ponds is unsafe to drink because of these biological contaminants. That’s why hikers and campers always carry mobile water purification (like a water filter or water purification tablets) when out in the wild. Municipalities and utility districts add chlorine and other disinfectants to kill biologicals, which causes its own set of problems. Well water isn’t treated for biologicals unless you treat it yourself.

How Do You Get Contaminants Out of Drinking Water?

Now that we’ve broken down the different types of contaminants, we can look at how to remove them. Not one water filter or water purification system will do it all. To get absolutely pure water, it requires a combination of methods.

Chemicals and inorganic contaminants are more difficult to remove. Water softening systems will remove calcium and magnesium but will add back in salt or potassium. Water softening systems are not water purification systems. They simply swap one form of contamination for another.  Distillation will not reliably remove chemicals from water. Depending on the contaminant, the boiling point may be less than the boiling point of water. In this case, the chemical contaminant is vaporized along with the water and then returned to liquid form. These chemical contaminants just go along for the ride.  A carbon filter is one of the most common water filters for chemicals. However, carbon does not remove 100% of all chemical contaminants. Deionization removes many contaminants in this category, but not all. Reverse osmosis is the most effective water filter to remove these contaminants.

If you are on a well system, chlorine injection is the most common way to handle these contaminants. That is not a filtration system, but a water purification system similar to that used by municipal systems. Some water filters can remove cysts like Giardia and cryptosporidium if they filter particles as small as 3 to 4 microns. That’s much smaller than the period at the end of this sentence, and particles that size cannot be seen by the unaided eye.  Reverse osmosis membranes are highly efficient for removing biologicals. In addition, ultra violet light, when applied properly will kill biologicals but perform no further water purification.

Where You Purify Water

Most municipal water systems treat water to get rid of biologicals. In theory, this keeps the water safe to drink up to your house. Of course, that assumes that the water picks up no contamination as it flows through the pipes. Unfortunately, very little else is removed.

Many people install a point of entry water filter to remove sediment, chlorine and some chemical contaminants. This carbon filter installs at the water main, where the water enters the house.  This situation is ideal for proving water for cooking, showering, and cleaning.